The Colossus Piano App supports Apple's so called Inter-App Audio system (IAA), which allows to stream audio and MIDI data between apps in real-time. It was designed as lite-weight plugin system, similar to pro audio plugin system you might know from PC / Mac (i.e. VST, AudioUnit, RTAS), however with simplifications regarding usability for the iOS platform.

Since the way how to load Colossus Piano as virtual IAA instrument depends on the IAA host app you are using, the following instructions describe as an example how it works with Garage Band. For other IAA host apps, please refer to their respective manual or contact the manufacturer of the host app for more information. 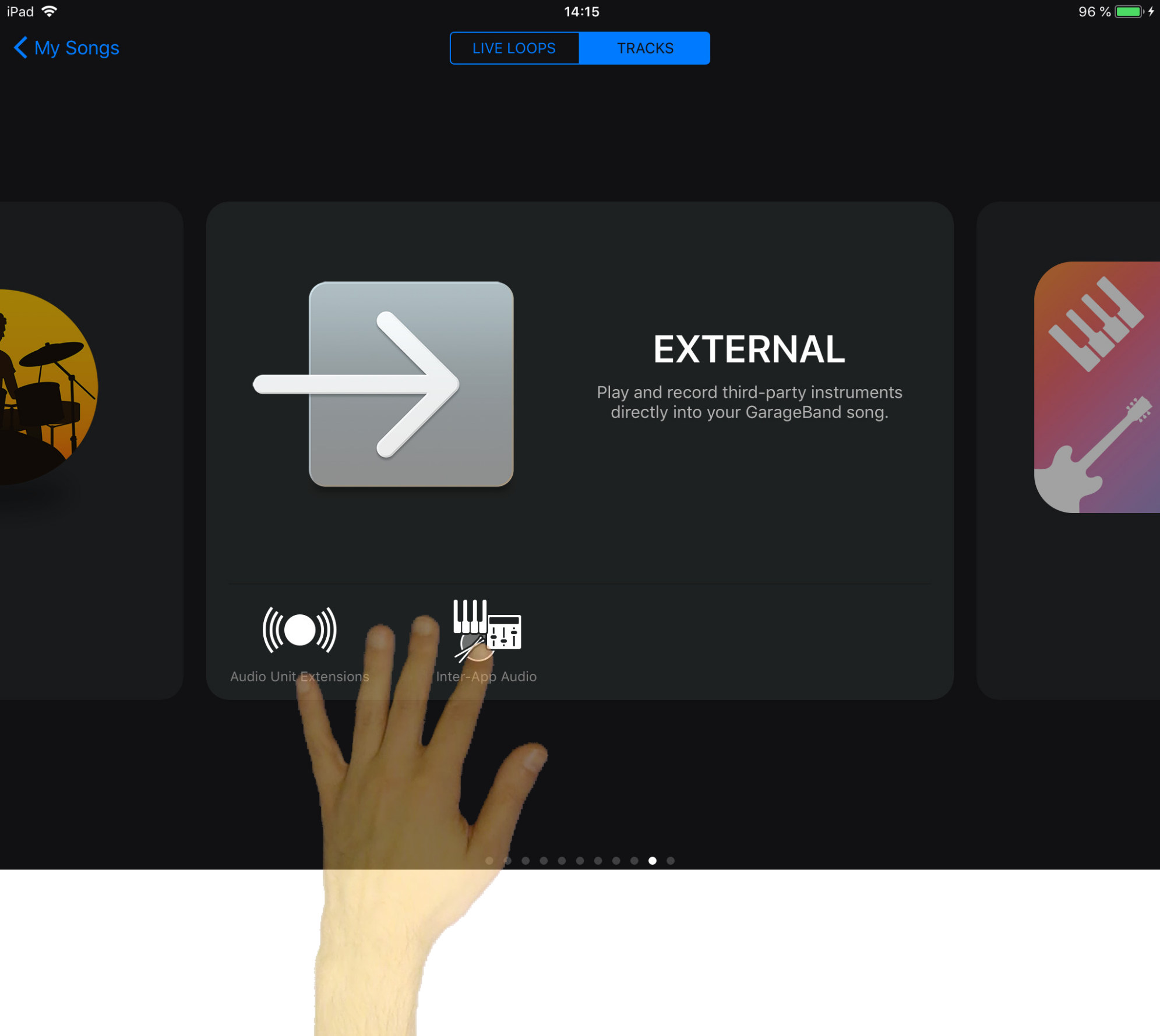 A new screen appears, showing you a list with all IAA instruments (and IAA effects) currently installed on your iPad / iPhone.

The Colossus Piano app appears now on your screen, showing you a dialog which MIDI inputs to use for Inter-App Audio mode.